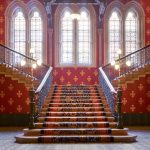 It all started with an abandoned Art Deco printworks in an unloved area of town. Clerkenwell was rough and ready. A central London location rich in radical history. It was perfect.

We were told it would never work. Turning old industrial buildings into modern luxury lofts was maverick at best and madness to most. We found 23 Londoners who disagreed.

Clerkenwell’s Summers Street Lofts set the tone for an extraordinary journey through London’s most iconic and undervalued locations. From King’s Cross, Soho and Bankside to Marylebone, Shoreditch and Stratford, MLC have been at the forefront of the city’s most successful regeneration projects, helping to define how and where modern-day Londoners live.

Our current projects are set to break the mould once more…

Manhattan Loft Gardens will take loft-living to a new level – an extraordinary tower of expansive living spaces, three sky gardens and a design hotel right in the heart of Stratford’s Queen Elizabeth Olympic Park. While Ealing Studios continues its glorious revival as a sprawling state-of-the-art hub, uniting the best of British film, TV, music and technology under one iconic roof.

From the Chiltern Firehouse and St Pancras Renaissance Hotel to Ealing Studios and Manhattan Loft Gardens, no two MLC projects are alike. No postcode is ever the same again.

HARRY IS MUCH MORE THAN A PROPERTY DEVELOPER. HE WANTS EVERY PROJECT TO BE SPECIAL AND IS PREPARED TO TAKE RISKS TO MAKE SURE IT IS.

THE HARRY EFFECT HAS BEEN TRULY RADICAL: IT’S MOVED LONDON ON

Harry Handelsman is the man behind the St Pancras Renaissance Hotel. A 10-year labour of love that reinstated one of Britain’s greatest buildings and reunited Kings Cross with its gothic masterpiece and the catalyst for its regeneration.

He is the developer behind the Chiltern Firehouse. One of London’s oldest fire stations reborn as its most talked-about restaurant, bar and hotel. The Firehouse has been raising pulses in Marylebone since opening in 2014 by channelling the decadence and bohemian spirit of a bygone era – where everyone’s an insider and no one wants to leave.

Harry Handelsman is a man that makes beautiful, impactful buildings.

Born in Germany, raised in France and Belgium and educated in Canada, it was New York, and the artists he met in Manhattan, that inspired Harry to develop the concept of London loft-living. Upon moving to the capital, he found a property market in need of new ideas but blessed with great buildings. The tired façades of the capital’s old factories and warehouses hid the huge windows and high ceilings he was looking for.

Harry’s eye for scalable beauty and clockwork instinct for a postcode’s potential transformed these derelict structures in unloved locations into some of the most desirable destinations in London.

When Sir John Betjeman described the St Pancras Hotel as “too beautiful and too romantic to survive”, he’d clearly never met Harry Handelsman.

Harry Handelsman has a commitment to quality which makes him a model patron for architects.

WHAT I DO IS CHANGE CITY LANDSCAPES. PEOPLE WALK PAST MY BUILDINGS EVERY DAY FOR YEARS, FOR DECADES AND DECADES TO COME, AND SEE WHAT I HAVE DONE. I THINK THERE’S A REAL VALUE TO THAT.

In 1987, an independent art collector staged an innovative exhibition in central London. Harry Handelsman’s aim was to liberate art from the traditional confines of the gallery, inviting 16 British artists to display their work at the iconic Lloyds of London building. His remarkable ability to push boundaries and make things happen soon attracted sponsorship from the Financial Times, illustrating the scope for art consumption in the capital

The fusion of art and architecture would become a key motif in the success of Manhattan Loft Corporation – from loft-living’s audacious invitation to design your own living space to the presence of Harry’s personal art collection throughout the St Pancras Renaissance Hotel.

Harry’s knowledge and passion for the arts has led to associations with a number of insitutions, including board membership at the South London Gallery, Artangel and the Hayward Gallery. His contribution to architecture and design has been recognised with an honorary fellowship from the Royal Institute of British Architects (RIBA).

Blurring the lines between art and architecture has forged MLC a truly unique reputation within the industry, creating buildings that articulate London’s cultural heritage and offer modern society a compelling voice. 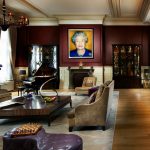